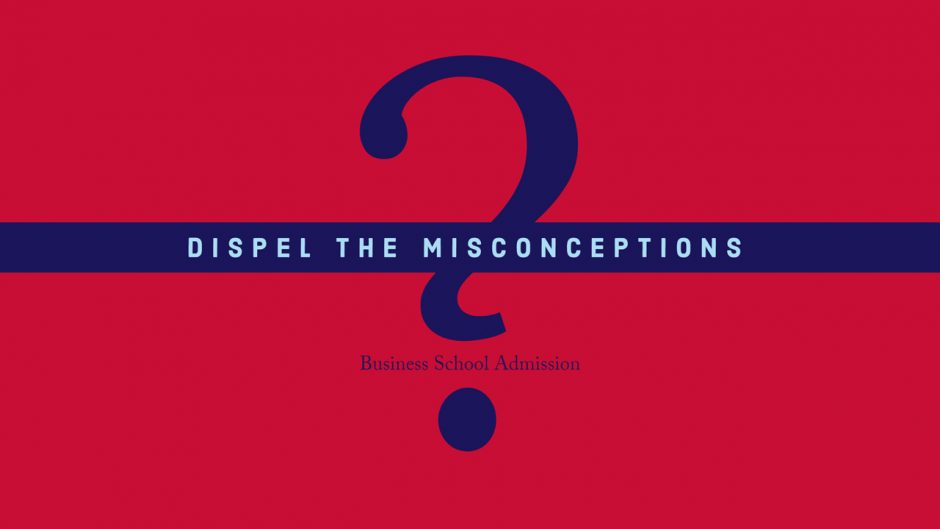 The differences between the US, the UK and Australia in education and professional development as well as the vague admission process of business schools create confusions in business school application. We will try to sort out as many major misconceptions as possible in this article.

Misconception 1: Graduate programs in the US and the UK do not accept three-year undergraduate degree offered in Australia

Dispelled: Three-year undergraduate degree could be an issue during graduate school application, but it does not mean that none of the postgraduate programs out of Australia accepts it.

All universities in the UK accept three-year degree, but if you do not possess a four-year honours degree, they generally set a higher requirement on your average mark at college. For instance, while one program may require applicants with an honours degree to achieve an average Distinction, it might require an average High Distinction if you graduate with an ordinary three-year degree.

As to graduate schools in the US, things are a bit more complicated, when universities, or even specific programs, have their own judgement on the eligibility of three-year undergraduate degree. For example, the University of California system (including Berkeley, Los Angeles, San Diego, etc.) generally do not recognize three-year degree, while most of the universities in the east coast do. However, it is always a good practice to confirm with the programs you want to apply to.

One more thing, most of MBA programs have their own admission process and generally have less stringent requirement on education background.

Misconception 2: I need a GPA when I apply, but my university in Australia does not provide one.

Dispelled: GPA is widely adopted by universities in the US to present the academic performance of a student. However, it is not popular in Australia and even for those universities that use GPA, their calculation is different from that of US colleges.

Please feel assured that graduate schools in the US know this fact and most of them are happy to take reference directly from your average mark rather than ask you for GPA, something that you are not provided. Some universities who definitely need a GPA will ask you to do an evaluation through a third-party agency.

Overall, do not worry about the GPA requirement. Just try to get good score in every unit you choose to take at college.

Misconception 3: What honours degree could do is just adding one year to my bachelor degree

Dispelled: Based on the experiences of our clients, Honours degree could do far more than adding another year to your undergraduate study. Specifically, it provides a research project and a systematic training on research methodology that three-year degree in Australia desperately lacks and that most graduate programs see great value in. If your research is done well enough, your work might have the opportunity to be published, another achievement that could boost your candidacy for jobs and graduate programs. It also provides a small community where you can communicate with the researchers that sometimes do not teach undergraduate level courses. Overall, honours degree is a highlight in Australian undergraduate education system.