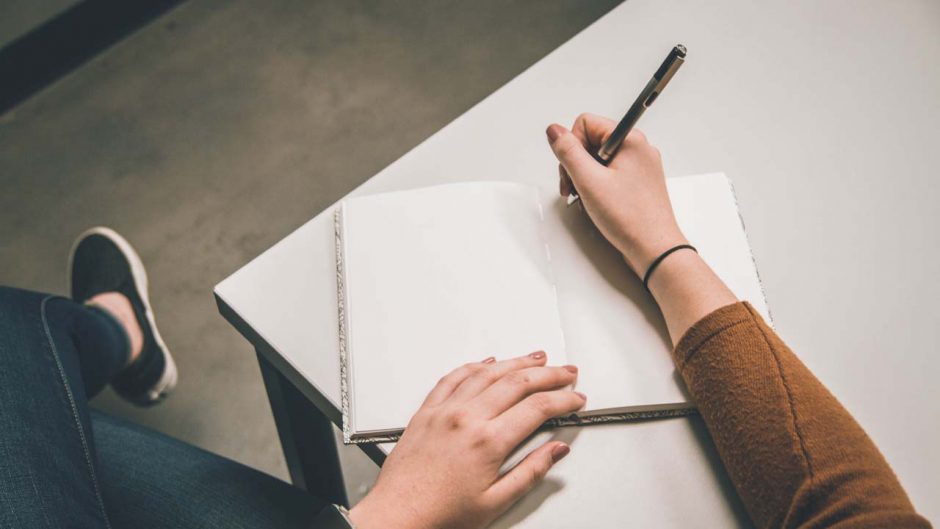 The Thinking Skills Assessment (TSA) Oxford is a 2-hour pre-interview test for applicants to undergraduate courses such as Economics and Management, Philosophy, Politics and Economics (PPE), Human Sciences, and Philosophy and Linguistics, at the University of Oxford. Its result plays a significant role in admission decision-making of these courses. In the second section of the assessment, applicants are required to complete an argumentative writing with 30 minutes with an expectation that they can organise their ideas in a clear and concise manner, and communicate them effectively in writing. For the official guidance of the Thinking Skills Assessment Writing task, please refer to the video below and this introduction page.

In this blog post, we are sharing one of the sample essays prepared by one of our colleagues, James, as well as his plan and analysis of the task.

Would society be better off if there were more scientists in positions of political power?

I think not necessarily – there are particular skills and attributes proper to persons in power, which may not be those of a scientist

“more scientists” may mean a more diverse group of people in power. This does not mean, however, that more scientists are per se better. It means that diversity is good.

A scientist might be good in power for 2 reasons; their technical expertise, and their skills.

Technical expertise is irrelevant – politicians should listen to scientists, as well as other people.

Skills are perhaps relevant, but do not depend on whether or not that person is a scientist.

A scientist might be a desirable person to hold political power for a few reasons. Firstly, a scientist might be presumed to have a certain intelligence, or skills, that would render them fit for office. But it is unlikely that these skills would particularly belong to scientists above all other people. If certain attributes are deemed particularly worthy of office, these should be identified. They might be critical thinking, or teamwork. They are unlikely to be the conducting of scientific experiments and good laboratory practice. As such, people with these desirable skills or aptitudes (some of whom may very well be scientists) should be sought; not scientists per se.

Secondly, a scientist might be considered a good person to hold office because of their technical expertise. It may be useful, for example, to have a person with expertise in biology to run a country’s agriculture portfolio. However, what counts is that a minister for agriculture, for example, has access to all relevant information and expertise, not that they have spent years developing this expertise themselves. That is to say, the full use of a scientist’s relevant expertise does not depend on the scientist occupying a position of power; it depends on the person in power listening to the relevant advice. As people in power often have competing and conflicting duties, it makes sense for these people to be people who can listen to a variety of voices and expertise and develop workable policy. It is unlikely that any policy will be purely scientific; so, a policy-maker needs to listen to the scientist, but also the economist, the financier, the demographer, and the people, in developing policy. Again, a scientist may have this consensus-building skill, but so may many other people.

More scientists may mean more diversity in positions of power, which may be a worthy goal. But in the abstract, not knowing how many scientists are in a government already, we cannot say.

Many scientists may well be suitable politicians. But so may many lawyers, tradespeople and dentists. Maybe the required skills to be a good politician are more present in the scientist community. But this does not mean that more scientists in power would be better for society. The focus must be on a politician’s capabilities and attributes, not their profession.

How I approached this essay question

My first thought on reading this essay question was that it was asking whether something which might be true was something that was always true. So for example – if everyone in a position of political power was an uneducated labourer, then more scientists would very likely be better for society. But if those in political power were Nobel-prize winning economists, intelligent lawyers, and already included a number of scientists among them, then more scientists would be much less likely to be better. So I realized my answer would be “not necessarily”. I also realized that it would be helpful to at least suggest some metric against which to judge a person’s suitability for a position of political power, i.e. to say what attributes or qualities make a person suitable for political power. (If I had my time again I would have gone into this in more detail in my essay).

“Not necessarily” is not much of an answer on its own, and I needed to be able to say why. So I asked myself, do scientists have something important other people don’t have, from the point of view of running a country? And would choosing scientists be a good way of choosing people with the attributes or qualities that make a person suitable for political power? I decided that what scientists have is a certain level of technical knowledge and a certain level of intelligence and skill. In the end, I decided that there were very likely better ways of looking for people fit for political office than choosing scientists.

I also briefly considered whether having more scientists may be good for having a more diverse group of people in power, but decided that without more information it was impossible to say – so the answer was, again, “not necessarily”.